Ladder Gives Way While Being Used 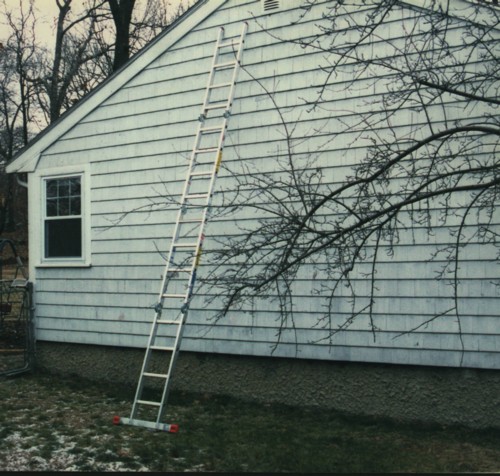 On July 19, 1998, the plaintiff suffered a severely herniated lumbar disc as a result of a fall from a ladder, produced by the defendant ladder manufacturer, which had been purchased at the defendant home improvement store the prior April.

The 16-foot MultiMatic® ladder, which could be configured in a variety of positions, was in the extension position when it gave way at the lowest joint. The 32-year-old plaintiff was propelled approximately 10 feet onto his legs and lower back.

The plaintiffs consisted of the injured husband, his wife and their two minor children. Suit was filed against the manufacturer and retailer alleging negligence, strict liability and Chapter 93A violations.

At the time of the accident, the defendant ladder manufacturer was several weeks into a voluntary recall of a series of ladders because of the failure of the locking bolts. The plaintiffs filed a Freedom of Information request, which revealed that by late June the defendant home improvement store and other vendors had notice of a problem with the locking bolts.

In June 2000, the defendant ladder manufacturer filed a suggestion of bankruptcy in Middlesex Superior Court. (The defendant ladder manufacturer remains a debtor in the U.S. Bankruptcy Court in the Northern District of Illinois.) Proceedings in Middlesex Superior Court were stayed. However, the plaintiff moved to have the stay vacated as against the non-debtor, the defendant home improvement store, and was successful after a hearing by order of the judge.

Liability against the defendant home improvement store was occasioned by the breach of warranty. The plaintiff alleged it was beneficial to buttress the claim against the retailer beyond the black letter law, especially given the likely suggestion at trial that the real culprit was the manufacturer. Consequently, the plaintiff retained a product safety manager, who was able to determine when it was that the defendant home improvement store had actual knowledge of the problems with the ladder and what remedial steps should have been taken.

At the time of settlement, the plaintiff was 37 years old and had been employed as a researcher in a lab at a Harvard teaching hospital since his arrival in the United States from central Europe in 1996. He suffered a massive L4-5 disc herniation. The plaintiff underwent a partial hemilaminectomy and discectomy several days post-accident.

In the ensuing five years, he had two epidural steroid injections, physical therapy and several different medications for the neuropathic pain. He had radicular pain into the left leg, but was not a candidate for any additional surgery. The only suggested surgery, a fusion, was dismissed because the likelihood that it would not help the radicular pain and the radiographic evidence of instability was actually mild.

The most recent MRIs and plain films showed mild to moderate disc space narrowing at L4-5, moderate foraminal narrowing, and granulation (or scar) tissue explaining the neuropathic pain. There was no evidence of recurring disc herniation.

The defendant’s IME conceded only “a 5 to 8 percent loss of function for a disc herniation with radiculopathy.” This was heavily contested, as it did not include the left lower extremity impairment.

The plaintiff’s economist determined a yearly loss of earnings of $62,615, the difference between the plaintiff’s salary in academics as compared with what it would have been in private industry. The available data from private industry was limited. The $62,615 figure was then projected to the end of the plaintiff’s work life and reduced to present value. The calculation was therefore $1.6 million in foregone earnings. The defendant contended that the figure was entirely speculative.

The parties agreed to engage in binding arbitration. In return for the plaintiffs waiving their 93A claim, the agreement called for the arbitration to determine damages only. Prior to the scheduled arbitration, the case was mediated. The offer was $250,000. Shortly thereafter, the case was to be arbitrated.

However, defense counsel changed and new counsel sought to postpone the agreed-upon date. The plaintiff moved to compel the arbitration for the scheduled date. The offer increased to $1.35 million, and given the desire of the plaintiffs to relocate, the case settled.